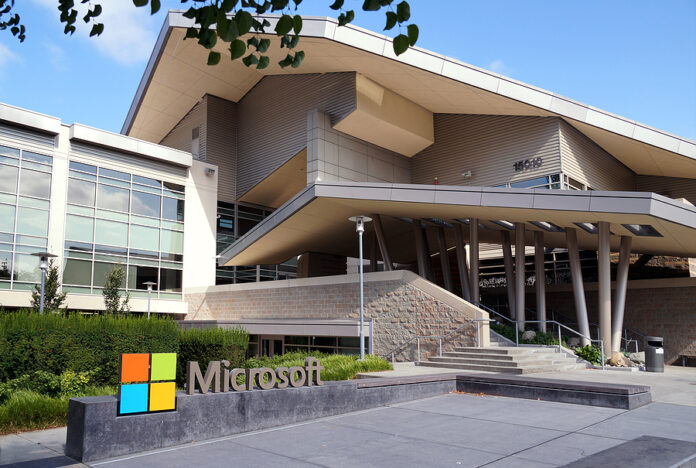 Microsoft Corporation is an American multinational tech company. It is headquartered in Redmond, Washington. Microsoft develops, manufactures, and sells computer software, personal computers, consumer electronic devices, and other related services. Bill Gates and Paul Allen founded Microsoft. It was founded at a time when owning computers didn’t mean much.

But today, Microsoft has emerged as one of the world’s leading technology giants. This article seeks to share how Microsoft grew massively over the years since its stock went public. Read on! This article will also share the story of how Microsoft evolved DOS to Windows.

Microsoft’s journey to limelight began in 1975. The journey began when IBM sought Microsoft’s help to come up with a project, codenamed ‘Chess.’ This project required that Microsoft would create an operating system. This operating system was created. It was called Microsoft Disk Operating System- MS-DOS.

Computers users began to use the DOS in 1981. But it wasn’t easy to use. The reason is that strange commands needed to be entered for this operating system to work. But Microsoft aggressively advertised DOS, and it enjoyed some level of acceptance. For instance, Microsoft pushed for the use of DOS in companies like Amstrad through aggressive advertisement.

Furthermore, Microsoft sought to make things easier for its consumers. Then, the graphical user interface, Windows 1.0, was introduced in 1985. This time, strange commands were not needed to operate Windows 1.0. Users could use a mouse to choose directories and applications. Microsoft received a massive boost with its innovation. The retail demands skyrocketed. Then, in 1986, Microsoft’s stock went public.

Microsoft began to evolve. It has so far grown to become a world’s tech giant. Almost every computer user sought for Windows 1.0. In 1988, Microsoft became the world’s largest software company based on sales. Microsoft soon became a household name. For instance, in 1992, Microsoft sold almost 10 million copies of Windows 3.1 in the first two years of its introduction.

Microsoft still enjoys a continued rise of acceptance all over the world. When the Windows 95 was introduced, about 7 million copies in the first five weeks of its introduction were sold. Notably, Microsoft’s stock price peaked at US$58.72 per share in 1999. The company was valued at $620 billion at that time.

In conclusion, Microsoft has since been one of the world’s tech giants. It has also continued to diversify its earnings. It extends its business frontiers to games consoles, with Xbox cloud computing and Windows Phone. But Microsoft has not been able to beat its competitors in gaining popularity for its smartphones.

However, Microsoft still arguably leads among other tech companies in desktops. It was recorded that Windows 10 can be found on over 400million devices. That is some impressive feat.

Revealed! Companies pay dividends because they have earned so much

Exxon Mobil: The Evolution Of The Oil Giant

Reasons Why Companies Choose To Stay Private In Recent Times