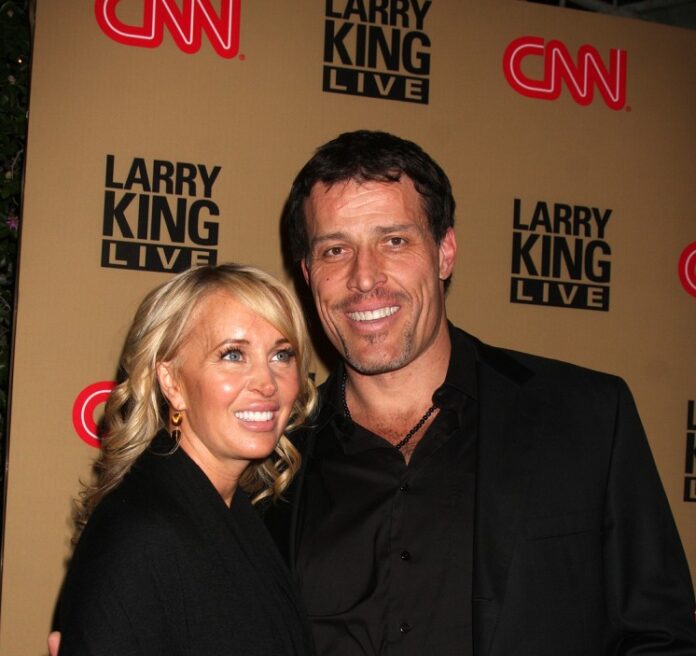 Great artists are dynamic. They can channel their inner energy and produce something beautiful just at the right time for the world to marvel at. In producing a masterpiece, they have mastered the art of stress control, problem-solving, and creativity stimulation. They also have mechanisms that keep them focused on the project they are working on and see to its completion. Here is a portrait of Tony Robbins, the iconic orator.

Tony Robbins is a popular American author and public speaker. Robbins’ artistry was evident in the expressive prowess that made him one of the most prolific speakers of the 21st century. He started out his career as a motivational speaker at an early age of 17. And he has employed his creative ability to influence his audience on many occasions greatly. Robbins expresses views that help to improve the quality of life of his adherents.

Tony Robbins’ journey to this great artistry began on a rough note. He started as a janitor after school. But he sacrificed the present gratification for future satisfaction. He began organizing seminars for public speakers like Jim Rohn. It was then he discovered his professional calling. He pursued it persistently with hard work.

Great artists are always very confident. Tony Robbins’ artistry is largely built on his insistence on self-confidence. He usually expressed his view that anyone could learn to be confident. For instance, when he was in 10th Grade, he interviewed very important persons in the world of sport. He interviewed sports analysts like Howard Cosell and Woody Hayes.

Procrastination and laziness are a bane of creativity and improvement. Artists know this, and Tony Robbins didn’t allow it to become a problem.  He knows how to rouse and drive his creative traits. He begins each day with a cup of coffee to stimulate creativity. He also engages in bodily exercise to get ready for the day’s work. He creatively uses words to make a great impression on his audience. His seminars and teachings can impact the lives of his audience.

In conclusion, there is no doubt that Tony Robbins is a great public speaker. Basic factors that distinguish this artist include persistence, creativity, consistency, amongst others. And undoubtedly, these are some of the excellent features that aspiring artists must emulate.