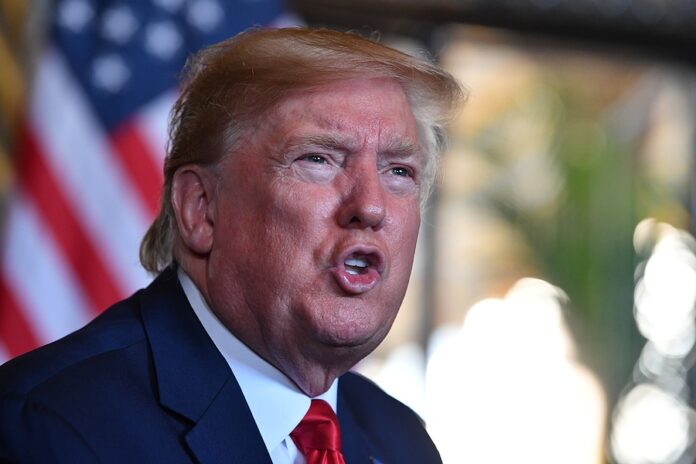 Barry Levine and Monique El-Faizy went further to publish the book titled; “All the president’s women: Donald Trump and the making of a predator.” The book contained about 43 allegations of sexual misconduct against Donald Trump.

The book was not the only book to contain some of Trump’s sexual allegations. Jean Carroll also published her book titled “What do we need men for.” The writer documented her sexual assault by Trump though the billionaire denied the claims and accused her of promoting her book with the allegations.

In May 2016, the New York Times went further to conduct 50 interviews with women who had close ties with Donald Trump during the career. The report was published in the article “Crossing the line: How Trump behaved with women in private.” The report recorded a mixed reaction from the women, with some taking the sides of the president while others discussed their ugly encounter with Trump.

Trump’s divorced wife, Ivana, was one of the alleged victims of Donald Trump. The allegation of the sexual assault resulted in their divorce in 1990. Ivana has often been quiet about the allegation, citing a confidentiality clause in their divorce, which prevented her from discussing their affairs in public. It is commonly believed that the two later became friends years later.

Jill Harth is also one of the women who have accused Trump of sexual assault. She filed a lawsuit against Trump in 1997 though the incident occurred in 1992. Harth accused Trump of non-consensual groping of her body and relentless sexual assault. Harth also made it clear that the assault was non-violent. Trump also denounced the allegation and tagged it “malicious.” In 2016, Harth later worked in one of Trump’s rallies as a makeup artist.

Other women such as Jessica Leeds, Kristin Anderson, Lisa Boyne, Mariah Billado, and Victoria Hughes have also accused Trump of sexual assault though some voiced their opinion through the #MeToo movement, a platform where women voiced out their oppression.

Donald Trump was not the first American president to be accused of sexual misconduct. Washington, Jefferson, and William Henry were believed to have sexually harassed their slaves, while others such as Bill Clinton, George Bush, Franklin Roosevelt, and John Kennedy were accused of sexual assault by various women.

Undoubtedly, Donald Trump’s controversial reputation affected his support while in office, and no America’s president has faced such a long list of sexual assault.

The Motion Picture And Video Industry In The US