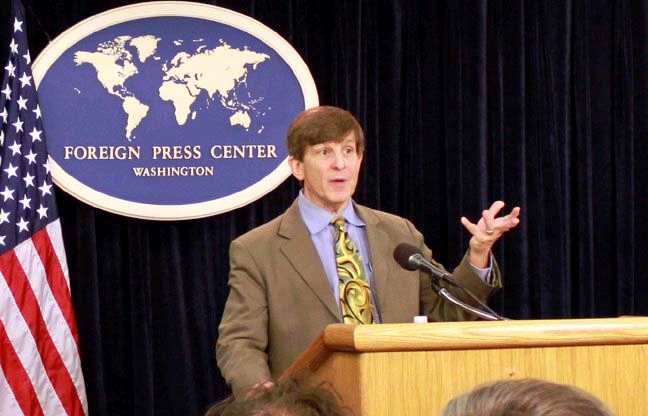 The year 2016 got historians and political scientists looking for excuses. They had predicted a defeat for Donald Trump, who was trailing for most of the election. With all the reasonable excuses, especially Russia’s interference, one man was right when the polls and other commentators failed – Professor Allan Lichtman.

The 73-year-old American historian has predicted the result of the United States presidential election accurately for four decades. He is often referred to as the “Nostradamus of US presidential election.” “Pundits talk about elections as though they were horse races, but history tells us voters vote pragmatically, based on performance,” Lichtman said in one of his short videos used in predicting the election outcome.

The two men discovered a model they could use to determine who will emerge victorious in forthcoming elections in 1981. The model was later tagged “Keys to the White House” by Allan Litchman. The keys were thirteen prisms that voters consider before deciding who gets their vote.

The thirteen prisms according to their research are Midterm gains, the opponent in a primary, incumbency, no third party, strong short term economy, reliable long term economy, significant policy change, no scandal, no foreign/military failure, no foreign/military success, no social unrest, charismatic incumbent and non-charismatic incumbent. Allan Lichtman believes that if the party in power gets seven out of those prisms right, they will retain the White House.  If they fail, there will be a change of government.

Lichtman’s model of predicting elections can fail under serious scrutiny, but it has been highly successful in the past four decades and has been used to analyze previous elections correctly. More than any abstract assumptions, the model covers core issues that dominate the United States polity. The prisms include economic strength, military success, instability or political unrest, and presidential candidates’ attributes. To correctly analyze these attributes without manipulation of polls can generate a close answer to Lichtman’s prediction.

“The toughest thing in being a forecaster is to keep your politics out of it,” Lichtman acknowledges in one of his videos.  He is aware of the dangers of personal values, but how long can Lichtman, who was once an aspirant, continue to predict presidential elections and how long before candidates start taking him seriously as one who has the keys to the White House.