Yankee Journal
Home Career How Jeff Bezos Made His Billions: A Guide To Self-Employment 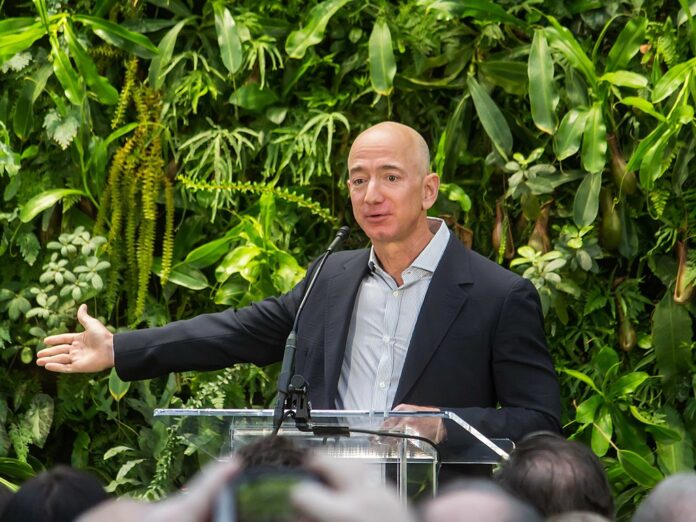 Jeff Bezos is popularly known as the founder and CEO of Amazon, an online store and multinational technology company. He is also the founder of Blue Origin, a sub-orbital spaceflight services and aerospace manufacturing company. Bezos launched Amazon in 1994 as an online bookstore, and it has since grown to become virtually an everything store.

Are you self-employed? Is your business not moving as quickly as you’d hoped it would? Let’s examine some of Jeff Bezos’ top qualities. Without a doubt, they’ll kick start your journey to success.

Learn to take reasonable risks. When Jeff Bezos started out, he exuded a willingness to undertake risk. Having a regular paying job at D.E. Shawn on Wall Street, he gave it up to pursue his dreams. He began the company at a Seattle garage, despite it having a 30% success probability. There were prominent physical book stores that owned the market at the time. However, he believed taking his business online was going to overtake them. And it sure did.

Become more resourceful. Bezos was very resourceful and had a clear vision for expansion. Studying the current trends at the time, he realized the Internet was the way forward and took advantage of it. After three years of selling just books, he expanded the company to include audio and video CDs. In subsequent years, he kept adding more products to the store. Bezos had a clear vision of what he wanted from the onset, and he remained relentless in spreading his branches to virtually everything.

Again, if you’re going to succeed as a self-employed entrepreneur, you must master the art of adaptation and immediate response to setbacks. Did you know that, in 2002, Amazon was at the brink of bankruptcy? Hard to imagine, right? But, at that point, Bezos responded adequately to the situation. He closed down some distribution centers and laid off a fraction of the staff. With other strategic actions put in place, Amazon was back on its feet the following year.

The life and journey of Jeff Bezos to wealth is definitely a must-study for anyone self-employed. There’s a whole lot to learn from him. Have a broad vision, be ready to take risks, and take strategic steps to overcome setbacks, amongst other. With the right mindset and actions, you can be on the path to excellence in your self-employment career.

Top 4 Career Goals Everyone Should Aspire To Achieve