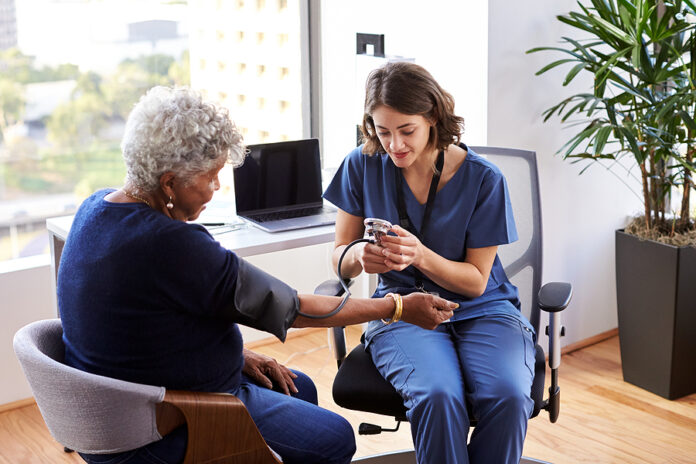 For a few years now, the curiosity on how to lower blood pressure topped America’s most-searched question on health. About 103 million Americans have high blood pressure, a third of America’s population. The figures are more frightening, with only 54% having it under control, according to the US Centre for Disease Control. One obvious thing is the quest for Americans to learn about the condition.

Do the causes reflect America’s condition?

It’s more interesting answering such a question with facts. 14 of every 100 US adults smoke according to the United States Centre for Disease Control. The figure shows that 34.2 million Americans smoke. The numbers have been on a decline from 40% in the 1960s.

42.4% of America’s adults over the age of 20 are overweight, according to the Centre for Disease Control.  Drinking alcohol has also been on the rise in the last 20 years, with an average American consuming 2.3 gallons of alcohol every year. According to a report by the Associated Press, high alcohol consumption has led to a corresponding rise in deaths related to drinking.

Inactivity has also been a major concern in the United States, with only 20% of jobs requiring moderate physical activity. The Centre for Disease Control also reported that 80% of Americans don’t get enough exercise. Unarguably, the figures correspond with the number of high blood pressure in the United States.

The curiosity to learn more about the condition shows Americans are willing to adjust their lifestyle and live healthy. The major adjustment should be an inclusion of regular exercise in daily routines. At the same time, smoking and alcohol consumption must be reduced drastically. More sleep will also be a perfect addition while reducing meals high in fats should be considered. Most importantly, a regular check-up is essential to know when it’s important to see a doctor.

There was a ban on alcohol in the 1920s when the consumption was excessive. Apparently, America now consumes more quantity than they’ve ever done. Another legislation could be helpful for some time. The punishment for drink driving was imposed in the 1990s, and it drastically reduced alcohol consumption for some time. The imposition of cigarette taxes in the United States also led to a drastic reduction in Americans’ smoking rate.

Beyond the government’s laws, a lifestyle change is the most effective way to fight an increase in blood pressure. Every American should consider adopting such an effective approach.