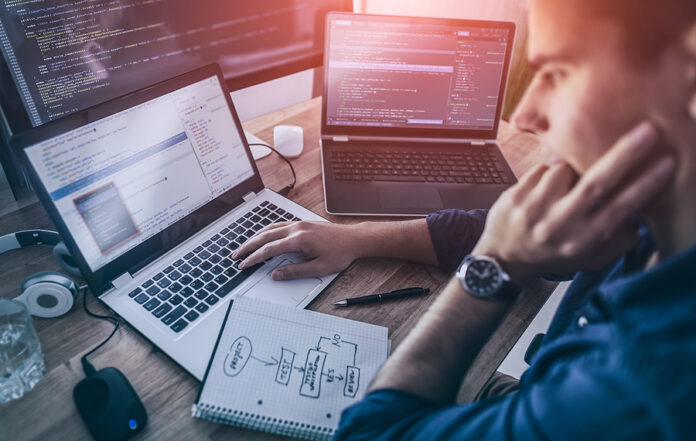 Web development is a never-ending process of innovation. With new technologies, languages, and methodologies being created every day, the landscape is always in flux. But in spite of this ever-changing environment, there are some fundamentals that will never change.

A web developer must know how to use the right language for the job at hand. They need to be fluent in all programming methods and have an understanding of how these relate to each other when working on projects with teams or collaborating remotely with others who may not share their methodology.

So, how does one even begin navigating these waters with any degree of efficacy? By speaking the basic languages.

The Many Languages Of Web Development

There are a great many sites offering incredibly useful examples of good web development. The common thread with these sites is often the fluency of the programming languages used by web developers. It is important to understand these languages and their roles in the industry.

Some of the more dominant ones are: HTML, CSS, JavaScript, and Python.

A basic understanding of all of these will be beneficial for web developers working on projects with teams or remotely as they can better communicate with other members who may not share the same methodology. This type of communication ensures that everyone involved has a clear idea about how the project should look when it’s finished which saves time and prevents miscommunication issues between team members.

HTML is considered one of the core languages that is necessary for any web developer to understand. It’s basically just a language used to create websites, and it has been around since 1991 when Tim Berners-Lee created what many believe was the very first website in history on this technology platform.

CSS stands for Cascading Style Sheets, and it is also another core language that many web developers use to make websites. In contrast with HTML, CSS does not create a website itself, but instead acts as the dressmaker who customises an already-made site by adding colours or styles to its appearance.

Everyone has heard of JavaScript in one form or another. It is a language that can be used to create dynamic web content, and it is based on C++. Its use has become very popular in the past decade or so with its large number of new implementations that have allowed programmers to do more interesting things than ever before like creating online games, chat bots for websites, mobile apps among other exciting innovative technologies.

JavaScript is used to create interactive web pages. It can be written directly in the HTML of a page or with separate .js files that are linked with other components through their tags.

Python is another scripting language that is used on the web. It was created in 1991 and has a large following, especially among developers who are looking for clean code with fewer bugs than other languages have because it focuses more on readability rather than speed of execution as many traditional programming languages do.

Through all of these languages, web developers are able to write, code, and improve all manners of our digital lives. There are many languages to learn, but, no one ever said being a developer was easy.