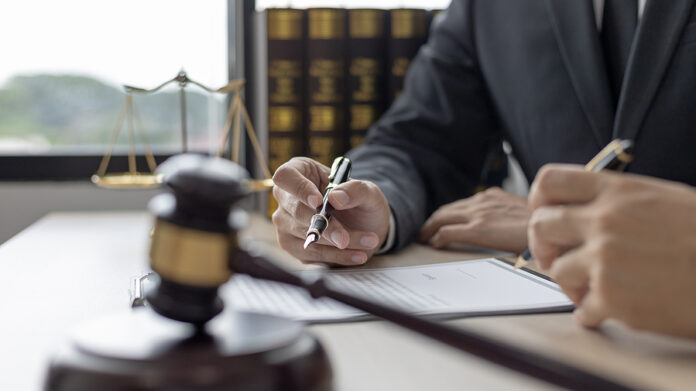 One of the U.S. House of Representatives’ most powerful committees is concerned that an investigation into workplace misconduct by an NFL franchise was not completely independent.  As legal expert Sam Dewey details, members of the House’s Committee on Oversight and Reform have sent letters to the league’s commissioner requesting all documents pertaining to the investigation be turned over to them.

Last fall, Representative Carolyn Maloney, the chairwoman of the committee, and Representative Raja Krishnamoorthi, sent a letter to NFL Commissioner Roger Goodell expressing their concern that the Washington Commanders and the league as a whole are not committed to transparency in the case, which could set “troubling precedent for other workplaces.”

The NFL took over the investigation in September of that year.

After the investigation was completed in July of 2021, the NFL released just a brief summary of its findings, while levying a fine of $10 million against the franchise. The team’s owner, Dan Snyder, also agreed to give up control of the team temporarily to his wife, Tanya.

At the time, the NFL said it wasn’t releasing more information to protect the “security, privacy and anonymity” of the witnesses who spoke to the investigative team.

But, as the lawmakers’ letter to Goodell stated, the House committee has “serious doubts about this justification.”  As such, they are demanding the NFL release the full findings of the investigation.

One of the committee’s primary concerns is the Washington franchise and the NFL are withholding information from the investigation so as to not make the team or league look bad.  In the meantime, it could be setting up a bad precedent for other workplaces around the country as it pertains to workplace safety and misconduct.

The Committee is questioning whether the investigation was indeed independent, or whether it was heavily influenced by the team’s ownership and even high-ranking officials in the NFL.

The Committee’s investigation revealed the WFT originally agreed to have Wilkinson’s recommendations and findings be released in a written report.  However, this would only be released if Snyder gave permission.

Goodell said last December that there “was no written report” of the inquiry ever done.  But, Maloney and Krishnamoorthi wrote in their letter to the commissioner that they are concerned with this situation.

Their letter stated that communications between the franchise and the League ‘raise questions about the league’s asserted impartiality in these investigations.” They believe it further raises questions” “about the seriousness with which it has addressed bigotry, racism, sexism, and homophobia—setting troubling precedent for other workplaces.”

As Sam Dewey explains, the House committee is attempting to wield its broad powers to get involved in the NFL investigation.  How successful it will be in this case is yet to be seen.

Samuel Dewey is the former Senior Counsel to the U.S. House of Representatives Financial Services Committee and Chief Investigator and Counsel to the U.S. Senate Special Committee on Aging. Mr. Dewey specializes in:  (1) white-collar investigations, compliance, and litigation; (2) regulatory compliance and litigation; and (3) complex public policy matters.  Within these fields, Mr. Dewey is considered an expert in Congressional investigations and attendant matters. Mr. Dewey has a B.A. in Political Science, a J.D. from Harvard, and is admitted to practice law in Washington, D.C., and Maryland.