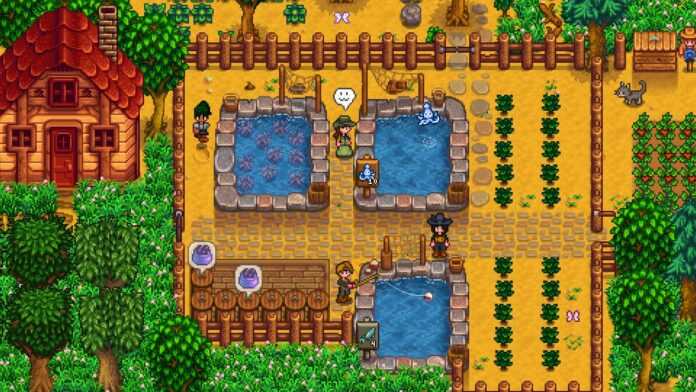 Stardew Valley has enjoyed several premium updates over time, halting at version 1.5. As fans anticipate releasing yet another thrilling update, version 1.6 doesn’t seem likely to happen. For all we know, it is not even in the works! We reached this conclusion following the creator’s statements.

Eric Barone, aka ConcernedApe, says he is committed to bringing his next game to life and doesn’t know if a Stardew Valley Update is possible. The prolific game developer appeared at the Stardew Valley cup, where he fielded questions concerning the update. He says:

” I’m not saying there’s going to be another Stardew Valley update. I don’t even know at this point. Right now, I am focused on my next game. So, we’ll see”.

A new Project in the Bag?

So Barone hinted that he had a new game in the works, which made us wonder if it was related to Stardew or something completely different. However, the project has been confirmed to be a top-tier pixel art game without farming effects like Stardew Valley. Nonetheless, expect a few similarities between this incoming game and SV. As to when it will be released or launched? That is best known to Eric.

What Fans Love About Version 1.5

According to Global Esport News last year, fans of Starview Valley were treated to a smashing new update, version 1.5. And everyone agrees that was the game’s most impressive update yet. SV enthusiasts loved everything about the upgrades, especially the new Ginger Island location, which brought more explorations and tasks ( like finding the Golden  Walnuts). There was also the beach farm layout which made the game all the more challenging. Finally, the included percentage tracking system took SV to another level; this tracks the percentage of the game a user has completed and grants a 100% completion reward. While these updates are nothing but exciting, fans still crave more and would appreciate a version 1.6!

What Fans Expect From Version 1.6

The demand for version 1.6 is brimming with expectations. Fans are campaigning for newer and exciting features, including more explorable areas, characters, crop choices, marriage candidates, backstories, and the ability to age and refresh/restart the farm without losing existing animals. Diehard fans of the game are also requesting a Standard Valley sequel, which though it is akin to asking a huge favor, will be a significant update. And oh, they have bigger dreams; they would love to see a seamless interaction/link between both versions (old and new), so users can move between farms without sacrificing their progress.

Given Eric’s current stance on the game, an updated version, much less a sequel, may be asking for too much. But who says we can’t keep our fingers crossed! In the meantime, check out the latest PC games on Steam and Co.